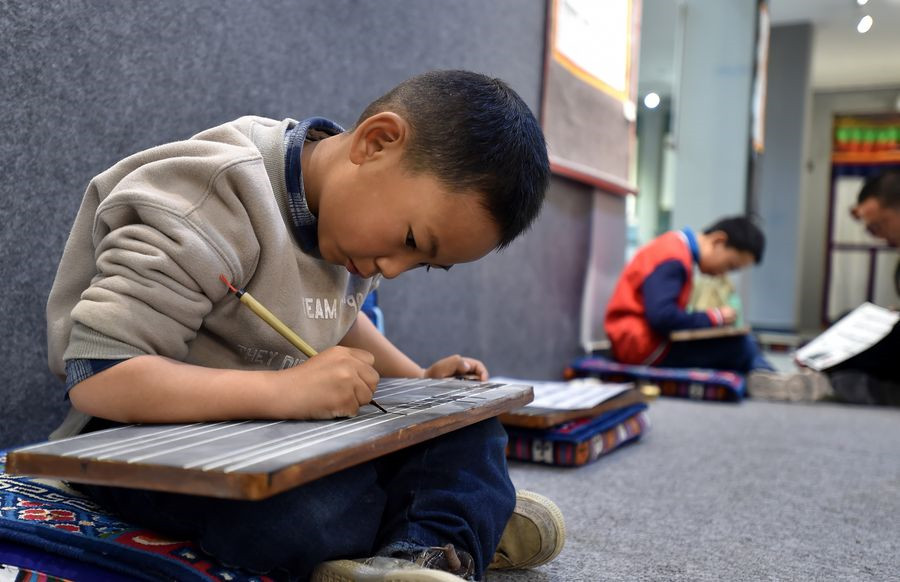 More than 1,500 new words and expressions have been added to Tibetan vocabulary since 2018, authorities from southwest China’s Tibet Autonomous Region said.

The list includes frequently used expressions in politics, finance, the internet, over 500 terms related to electric power and 150-plus terms involving Tibetan Opera and traditional Tibetan dances, according to the regional committee on the standardization of the Tibetan language translation.

Many of the expressions once largely emerged in Mandarin but were absent in Tibetan language, such as the famous gesture “finger heart,” the short-video sharing app “Tik Tok” which is also known as Douyin, and the “rushing clan,” a slang describing people born between 1975 and 1985 who work hard and play hard.

Currently, the list has been published to the public in various ways such as bulletins, mini dictionaries, websites, newspapers and magazines.

“Our job is to serve the grassroots. Take the translation of poverty-relief policies as an example. Only when ordinary Tibetans understand them can we better put these preferential policies into practice,” said Gyayum Chogyal, deputy director with the committee.

Established in 2005, the committee has been collecting, translating and reviewing words that were absent in the existing Tibetan language. So far, the committee has reviewed and standardized around 10,000 new words and terms in Tibetan vocabulary.

Tibetan is a millennia-old language mainly spoken in Tibet Autonomous Region and Tibetan areas in four provinces, with subtle variations across the regions.