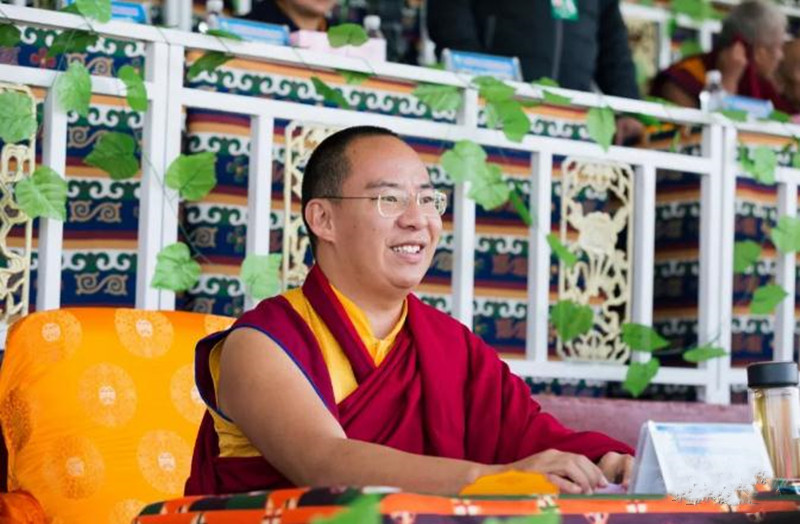 The Panchen Lama arrived in Nagchu on August 4 after carrying out various Buddhist and social activities in Ngari. While in Nagchu, the Panchen Lama visited Ombu Monastery in Nyima County, the north bank of Namtso Lake in Palgon County, and Shabten Monastery in Seni District, where he worshipped the Buddha, blessed followers, and gave empowerments, and also carried out social research on local poverty alleviation industries and on ecological environmental protection.

On August 8, the Panchen Lama held a discussion with representatives of religious circles in Nagchu.

The Panchen Lama highly appreciated the developments and changes that have occurred in Nagchu in recent years. He hoped that the representatives of religious circles in Nagchu would always put traditions of promoting patriotism and love of religion, defending the country, and benefitting the people first, and that they would lead monks, nuns, and religious followers in safeguarding the unification of the motherland, ethnic unity, and social stability.

He said they should inherit the Buddhist concept of equality for all living beings and believing firmly in karma to cultivate and develop the power of faith for national development, social harmony and people’s happiness.

He said they should be strict with self-discipline, and set good examples. And they should also deeply explore and interpret the contents of the Dharma that are conducive to social harmony, social progress, and social civilization.