Xu Zongwei and his Ancient Architecture of Tibet 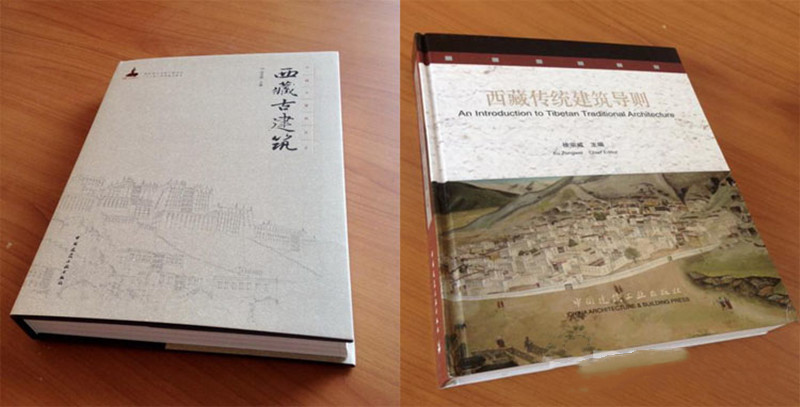 Mr. Xu Zongwei works at China’s Ministry of Housing and Urban-Rural Development. In order to preserve and pass down the precious architectural culture of Tibet, he has presided over the compilation of Ancient Architecture of Tibet (421 pages, 390,000 words, and 739 architectural illustrations), published by the China Architecture & Building Press.

The book was listed as an item of the national major publishing project.

It is the first attempt at comprehensively and systematically summarizing the historical causes, site selections, and architectural characteristics of Tibet’s ancient architecture.

It gives a detailed discussion on the classification of functions of Tibet’s ancient architecture and explains the influence of ancient religious thought on them, and it also lays a foundation for academic research on Tibet’s architectural culture.

In addition, it provides building parameters and a technical basis for the rapid development of urban and rural construction in Tibet.

Xu Zongwei worked in Tibet from 2001 to 2004. He was moved by the brilliant history and culture of the Tibetan Plateau. The peaceful attitude of everyday life of farmers and nomads of the plateau deeply affected him, and the majestic palaces, mysterious temples, and multitude of ancient buildings attracted him even more profoundly.

He once set off from the ancient city of Lhasa along the Yarlung Tsangpo River, traversed numerous passes of the Nianqing-Tanggula Mountain Range, the Gangdise Mountain Range, and the Himalayas, and crossed many rivers, lakes, and grasslands on the snowy plateau, to visit the architectural relics of the mysterious Guge Kingdom, Bomi, and other places in the history of Tibet.

He visited palaces, monasteries, manors, dwellings, and other ancient buildings across dozens of counties in Tibet, and the footprints left behind by his surveys and investigations lie at the foot of Mt. Gang Rinpoche, beside the holy Lake Manasarovar, and among the homes of farmers and nomads, and monks’ apartments in the grasslands and valleys.

On these travels, he made an in-depth and systematic investigation of ancient buildings and Tibet’s ancient and exquisite architectural culture.

In 2004, he published his first book on Tibet’s architecture, titled Guidelines for Traditional Architecture of Tibet (516 pages, 80,000 words, 936 charts and photos). The book played an important role in the preservation and construction of the old town of Lhasa and Shigatse and in reconstruction after the Wenchuan Earthquake.

The compilation of Ancient Architecture of Tibet officially launched in 2010. Based on past research work on Tibet’s architecture, Xu Zongwei led his team to the Tibetan Plateau once again and completed field surveys and investigations in seven prefectures in Tibet, including Lhasa, Shigatse, Lhoka, Nyingchi, Nagchu, Ngari, and Chamdo, which improved his understanding and knowledge of Tibet’s history and culture, especially on Tibet’s architecture, and help him collected valuable foundational data and materials.

Six meetings for the compilation of Ancient Architecture of Tibet were held in Chengdu, Jinan, Guizhou, Guangzhou, Beijing, and Lhasa, where they repeatedly discussed the outline of the manuscript, studied the classification and chapter content of ancient architecture of Tibet, and listened to the opinions of people from relevant departments and experts of Tibet.

After researching, writing, revising, and compiling, the book took five years to be completed, and it was officially published in 2016.

Mr. Xu explained and summarized the main characteristics of Tibet’s ancient architecture in practice: first, there is a long history; second, it has rich architectural styles; third, it uses renewable materials; fourth, its style is simple and rough; fifth, the structure has a system of its own; and sixth, it is influenced by religion.