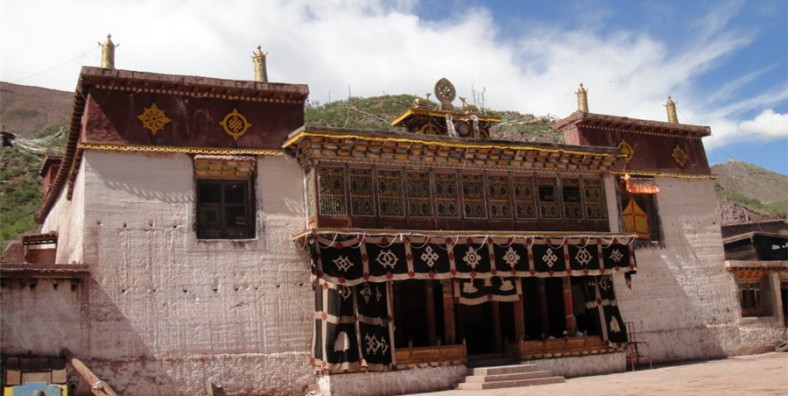 Yanduo Monastery（烟多寺）(Magong Zhaxi Yangqi)（玛贡扎西央启）is located in Zhagyab County（察雅县）, Chamdo Prefecture（昌都市）, Tibet Autonomous Region, which was built by the living Buddha Zhaba Jiangcuo（扎巴江措）of Magong Zhaxi Yangqi（玛贡扎西央启）in 1680 to 18th century during the fourth world living Buddha Luosang Jilang（洛桑郎吉）period. The monastery was burned by fire, so the monk moved to smoke and rebuilt it, renamed it as Zhaxi Yangqi Monastery（扎西曲宗寺）. It was destroyed in the Cultural Revolution and was approved and opened by the people’s government of Tibet autonomous region in 1983. The monastery also has more than 30 Tang Cards, five books written in gold powder and the bodhisattvas’ statues, etc.

Tourist can travel to Lhasa by air or train firstly and then transfer to Zhagyab by long-distance bus, which is the major choice. And you can transfer from Qamdo to Zhagyab by tour bus as well.