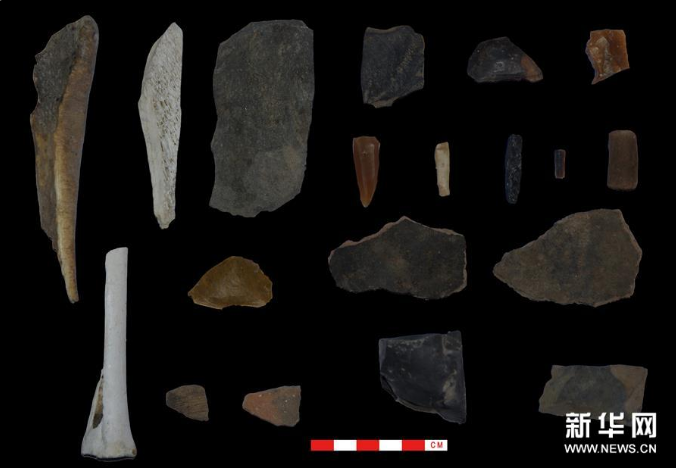 The Melong Tagphug cave site, composed of two caves of 1,000 square meters and 250 square meters respectively, is about 4,600 meters above sea level. It is the first prehistoric cave site confirmed on the Qinghai-Tibet Plateau.

Besides abundant cultural relics and animal bones, ochre rock paintings composed of geometric patterns, human figures and palms and the sun were also found, said He Wei, an archaeologist.

The excavation was carried out by a joint archaeological team from the regional cultural relics conservation institute and the Institute of Vertebrate Paleontology and Paleoanthropology under the Chinese Academy of Sciences and will continue in 2019.

The discovery sheds light on human activities, environment change, origins of agriculture and animal husbandry and prehistoric art on the plateau, archaeologists said.