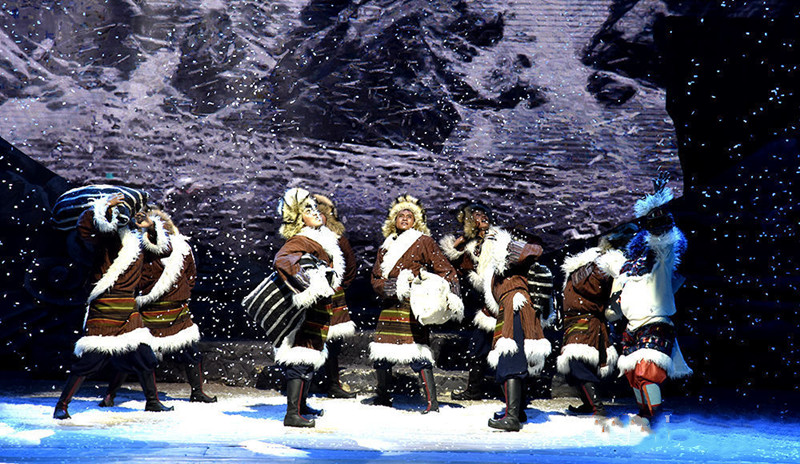 On the evening of August 9, accompanied by song and dance, the stage curtain slowly fell, which marked the completion of the first trial performance of the large-scale stage drama Princess Jincheng performed in Cijuelin Village on the southern bank of the Lhasa River, southwest China’s Tibet Autonomous Region.

He Ping, chairman of the Yushang Hemei Cultural Tourism Co., Ltd., said that the Princess Jincheng stage drama is a companion piece to the Princess Wencheng large-scale epic drama. It shows the innovative development of Tibetan culture and art in the new era. This drama uses brand-new performance styles and modern expression techniques to vividly portray the image of Princess Jincheng, who was deeply loved and revered by the Tibetans, and shows her altruistic nature. It is worth mentioning that the main creators and actors of the drama are composed of a both Han and Tibetan cultural backbone and is a crystallization of them.