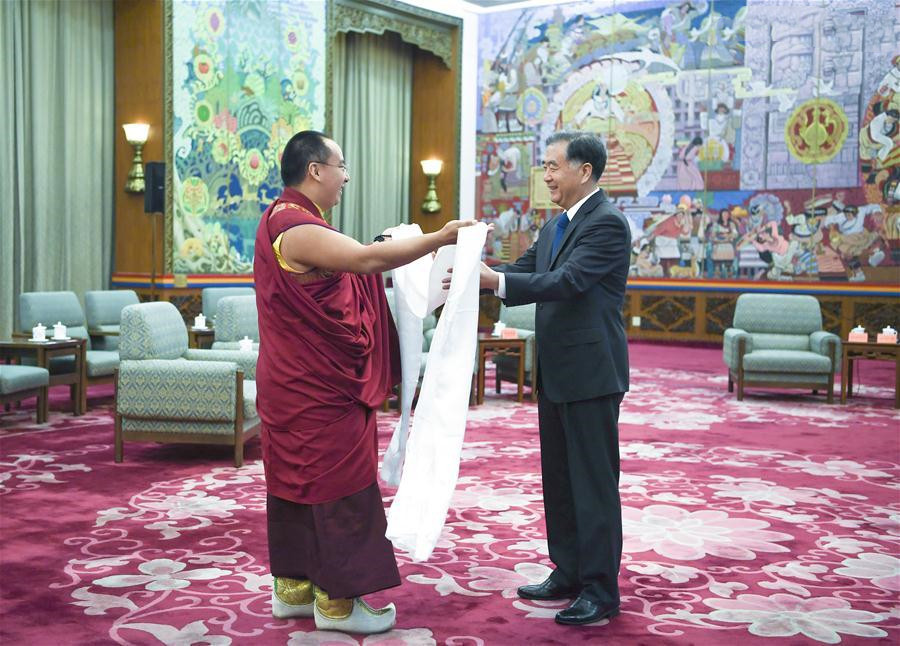 China’s top political advisor Wang Yang has visited an exhibition marking the 60th anniversary of the campaign of democratic reform in Tibet.

Wang, chairman of the Chinese People’s Political Consultative Conference National Committee, described the democratic reform that abolished the feudal serfdom of theocracy as the greatest, most profound and progressive social transformation in Tibet’s history.

Wang, also a member of the Standing Committee of the Political Bureau of the Communist Party of China (CPC) Central Committee, said Tibet’s social productivity has been greatly unleashed, people’s living standards constantly improved, the fine traditional culture effectively protected and carried forward and freedom of religious belief fully guaranteed over the past 60 years, particularly since the 18th CPC National Congress.

History proved that without democratic reform, the Tibetan people would not have been emancipated and the people of all ethnic groups in Tibet would not have lived a happy life, Wang noted during the recent visit.

Stressing efforts to cherish the hard-earned achievements in Tibet, Wang called for the upholding of the CPC leadership, the socialist system and the system of regional ethnic autonomy.

The exhibition features some 500 photos and 48 exhibits to showcase the earthshaking changes and notable economic and social achievements over the last six decades in Tibet.

Since being unveiled in late March at the Museum of Tibetan Culture, the exhibition has welcomed more than 50,000 visits. It is expected to remain open through the end of December 2019.