A life with yaks 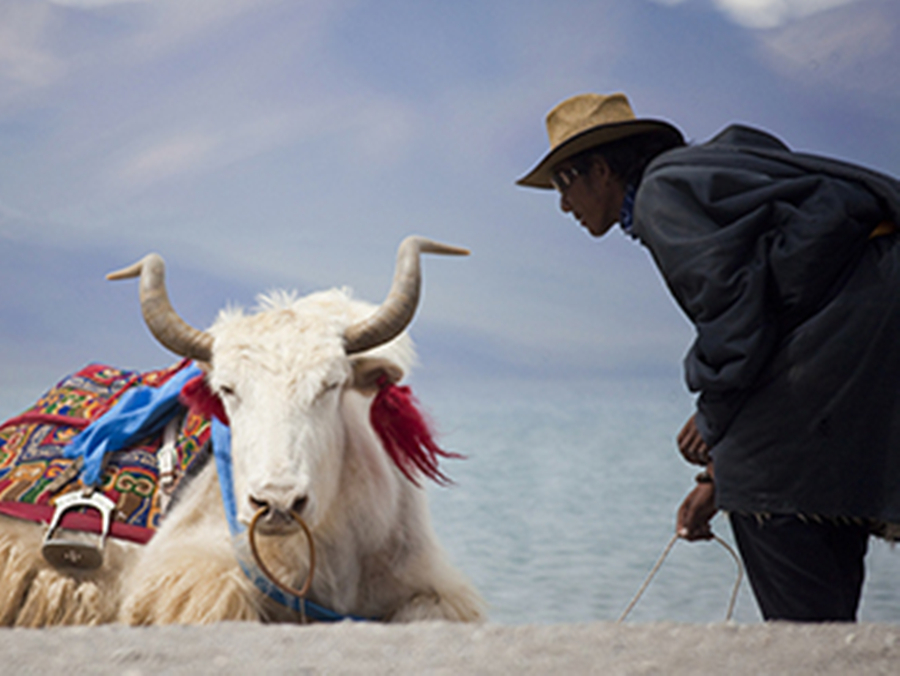 Over 40 years ago, Wu Yuchu was trapped in a blizzard in southwest China’s Tibet Autonomous Region.

It was 1977, two years after Wu had started working in Tibet. He and more than 50 other people had to hide in a mud-brick house. Temperatures outside dropped to minus 30 degrees Celsius, and food was running out. Hope seemed to be fading away.

When the rescue team finally found them with yaks carrying life-saving supplies, Wu felt immediately bonded to the beasts.

He could not have imagined that the bond would last for decades. Yaks saved his life, and he spent most of his life promoting the animal.

“I have started watching and studying them since then,” Wu said. “I grew really fond of them, and I wanted to know more about the species.”

His yak studies remained a hobby until 2014 when he became the curator of the Yak Museum in Lhasa, the capital city of Tibet.

With a total investment of more than 100 million yuan (about 14.5 million U.S. dollars), it is the country’s only yak-themed museum.

“Now I see yaks every day, and I can tell more people about them,” the 65-year-old said. He even gave himself a Tibetan name which roughly translates to “the old yak man.”

As a Tibetan saying goes, “where there is a Tibetan, there are yaks.” The animal has been part of Tibetan life for centuries. They are used for food, clothing and income, labor and transport, and the animal is even a religious token.

For these reasons, Wu was warmly welcomed when he went to collect exhibits from every corner of Tibet. Locals not only donated items when Wu visited their homes but also trekked from remote areas to Lhasa, just to offer their help.

The museum also received a donation of 86 items from a Nepalese businessman. Many of its exhibits have been shown in big cities like Beijing and Guangzhou.

The Yak Museum is not only Wu’s spiritual sanctuary but also a place for youth to learn about their ancestors’ way of life and scholars to search for different perspectives.

“Of course, one of the most frequently asked questions is ‘What does yak meat taste like?'” Wu joked.