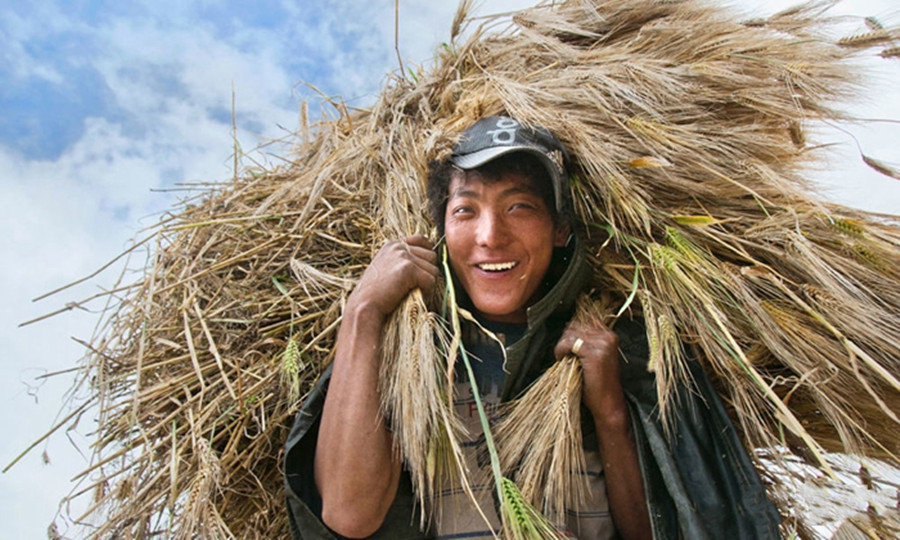 Southwest China’s Tibet autonomous region is planning to invest over 120 billion yuan ($17 billion) in growing barley and raising yaks, in a bid to drive regional development, according to a development forum held on Monday reported by China News Service.

Tibet is enriched with rivers and lakes, and places in Shigatse as well as the cities of Lhasa and Lhokha typically feature traditional farming valleys. And the investment will mainly go to the areas of the Yarlung Zangbo River basin and its tributary valleys.

Jampal, the vice-chairman of the regional government, said with a plantation economy plan in the valley areas, the region will stand to benefit from the opportunity of the Belt and Road Initiative and the region’s construction plan for the South Asia Great Channel, and will set up pilot plantations along the irrigation areas of Lalo, the rivers of Nyangchu, Shangchu in Shigatse city, and in many valleys of the region’s Lhokha city.

The yak, a symbolic livestock of the Tibetan plateau, greatly supports the family income of rural residents all over the region and also comprises an entire industry. By the end of 2018, Tibet had 4.42 million yaks.

“Thanks to the region’s pilot livestock breeding and plantation projects in 21 counties, more than 110,000 rural residents received benefits, with each one seeing an income rise of 827 yuan in 2018,” said Jampal.

According to official statistics, Tibet has more than 30 barley processing manufacturers, which in 2018 processed over 111,000 tons of the crop.

Currently, Tibet has planned 41 barley plantation and processing projects valued at more than 3.05 billion yuan. For the yak industry, the region plans to invest 7.25 billion yuan, and by 2020, is expected to have 5 million yaks.