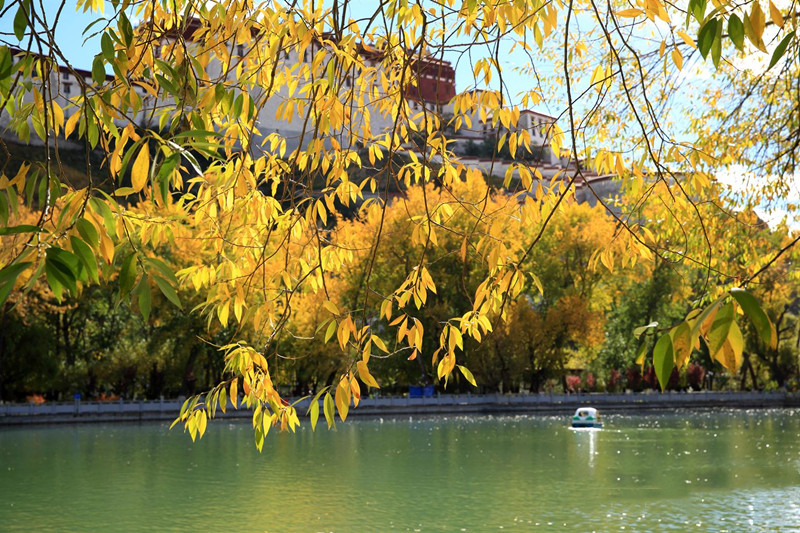 Tenmolon, a 50-year-old Tibetan farmer, still remembers how he woke up all the villagers through loudspeakers when a 5.7-magnitude earthquake hit Xiahe County on an early morning over one month ago.

It was at 1:56 a.m. Oct. 28 when the quake hit Drada Village in Xiahe, Gannan Tibetan Autonomous Prefecture of northwest China’s Gansu Province.

Awakened by the quake, Tenmolon ran to the broadcasting room in the village and shouted to villagers through loudspeakers in Tibetan, “Earthquake! Earthquake! Get out of your rooms!”

Ten minutes later, the villagers gathered outside as Tenmolon and a grassroots rescue team checked the villagers’ conditions.

In recent years, the prefecture of Gannan has been promoting the system of “grid management” at the grassroots level. Under this system, over 10 households make up a team, with a team leader in charge of resolving conflicts among villagers, sanitation management and public security.

Now, Gannan has 16,942 team leaders like Tenmolon who serve the locals.

It was only 4 or 5 degrees celsius on the night of the earthquake. For fear of aftershocks, the team leaders tried to calm down the villagers and boil hot water for them, persuading them not to return home until there were no more aftershocks.

As of 4 a.m., all the villagers returned home, but three team leaders were still busy going door to door to check for housing damage and property loss.

After working for a whole day, Tenmolon could finally breathe a sigh of relief. “After making sure that everyone was safe, I was not worried anymore,” he said.

The grassroots governance network, composed of team leaders like Tenmolon, is expanding in every corner in Gannan, from remote pastures to urban areas.

In downtown Hezuo, 52-year-old Gao Qingping, another team leader, spent a sleepless night as well. When the earthquake occurred, she rushed out of her home and knocked on every door of the elderly who lived alone. Then she called the street office and seismographic station to report the damage.

Until the next evening, Gao and the street office staff were still busy checking the situation, maintaining public order and promoting anti-seismic knowledge among the public.

There are 1,986 households in the community where Gao lives and only two houses were damaged. “Although we were tired, I felt it was worthwhile when seeing that the residents were safe and sound,” she said.

The earthquake affected thousands of people but there were no direct casualties. Transportation, communication, and supplies of water, electricity and heating were running normally with social stability ensured.

According to statistics, in Hezuo city of Gannan, more than 2,000 team leaders engaged in restoring order after the earthquake, evacuated over 30,000 people, and made over 4,500 patrols.

Given the fact that Gannan is a scarcely populated prefecture with diverse ethnic groups, team leaders are selected from those with high prestige among locals. This type of grassroots governance system can enhance capabilities of public management and security support, said Zhao Lingmin with the political and legal affairs commission of Hezuo.

“Under this system, conflicts can be effectively resolved and people can have a face-to-face talk with their team leaders,” said Liu Min, a researcher with Gansu Academy of Social Sciences.

Since the popularization of the system, the number of disputes in Gannan has diminished for three consecutive years, with 98 percent successfully handled. The number of criminal cases decreased by 6.54 percent year on year, with public security cases down 13 percent.

Changes have also happened to the villagers, who are no longer reluctant to speak their minds and now actively ask their team leaders for help. The trust between Tenmolon and the villagers have been strengthened.

“I used to knock on their doors to talk, but now they are willing to strike up a conversation with me, which gives me a strong sense of achievement and more responsibilities as well,” Tenmolon said.