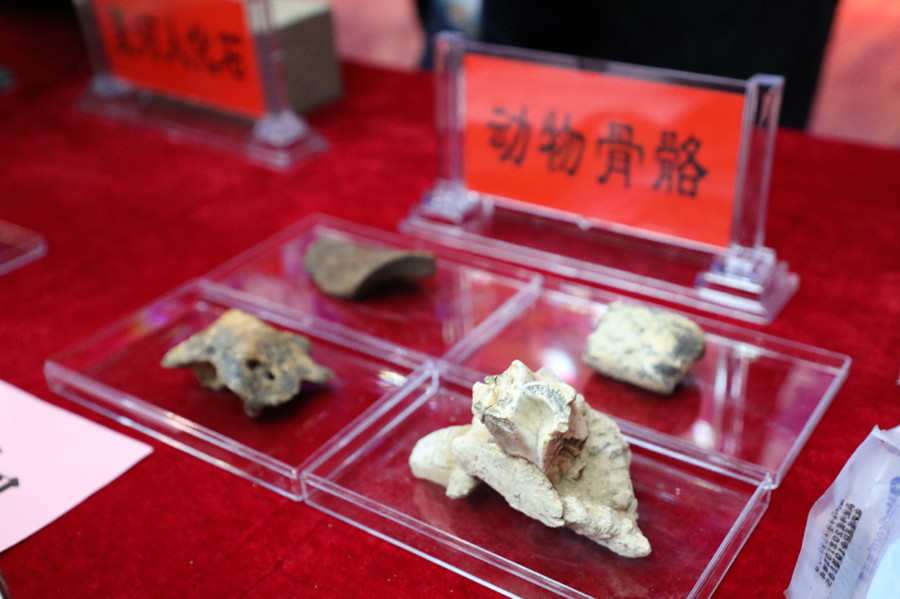 A karst cave in northwestern China has been confirmed as the earliest archaeological site ever discovered on the Qinghai-Tibet Plateau, Chinese researchers announced at a press conference over the weekend.

The study led by Chinese archaeologists showed that a piece of a human fossil found in the Baishiya Karst Cave in Xiahe County, Gansu Province, is believed to belong to the ancient Denisovans, who lived around 160,000 years ago.

The findings have provided direct evidence of the Denisovans outside the Altai Mountains, and considerably prolonged human history on the Qinghai-Tibet Plateau, one of the highest and most ecologically-challenging places on the globe.

The findings were published in the journal Nature in May.

According to Zhang Dongju, associate professor with the College of Earth and Environmental Sciences of Lanzhou University and leader of the excavation work, the team started excavation in 2018 and found over 1,400 stone artifacts and about 600 pieces of animal bone fossils in the cave.

Analysis of the stone artifacts and the fossils indicated that they were from more than 40,000 years ago and believed to belong to Paleolithic epoch.

The Baishiya Karst Cave, located 3,280 meters above sea level, is thus the earliest archaeological site ever identified on the Qinghai-Tibet Plateau.

Chen Fahu, a lead scientist of the study and academician of Chinese Academy of Science, added that the abundant artifacts and animal bone fossils confirmed that humans had successfully adapted to the high-altitude environment.

The discoveries are expected to offer a clue to how ancient humans on East Asia continent had evolved, according to the researchers.

“As of now, we are not very sure if these stone artifacts and animal bones have direct connections with the Xiahe Denisovans, but we will continue on with further study,” Chen said.