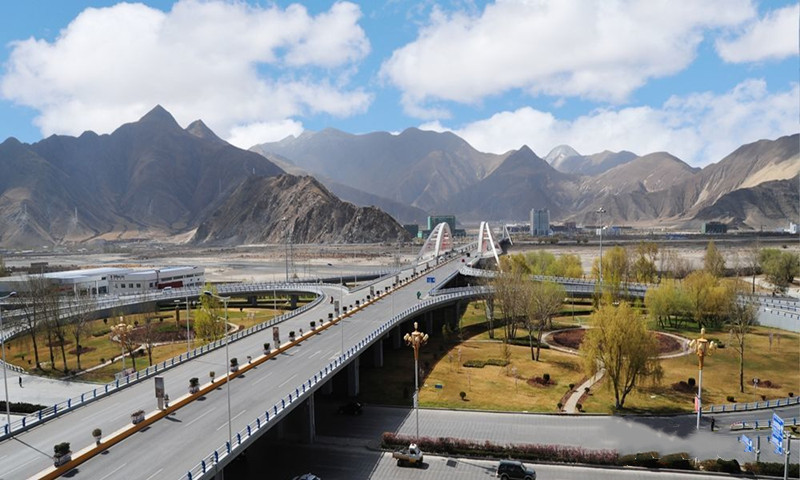 Construction workers on Saturday completed the joining of the Bayu Bridge, an engineering feat along the first electrified railway in southwest China’s Tibet Autonomous Region.

The joining of the bridge in the city of Shannan marks a major breakthrough in the construction of the Lhasa-Nyingchi railway, which connects the regional capital of Lhasa and Nyingchi of southeast Tibet, said China Railway 12th Bureau Group, contractor of the project.

Qiao Zhibin, a project director at China Railway 12th Bureau Group, said they had used advanced technologies and stronger steel to protect the bridge from earthquakes, strong winds and cracking due to large temperature differences.

The Lhasa-Nyingchi railway features complex geological conditions, with a total length of 435 km, 75 percent of which are bridges and tunnels. It began construction in 2015 and is expected to be completed in 2021.