The highway that leads Tibet to prosperity 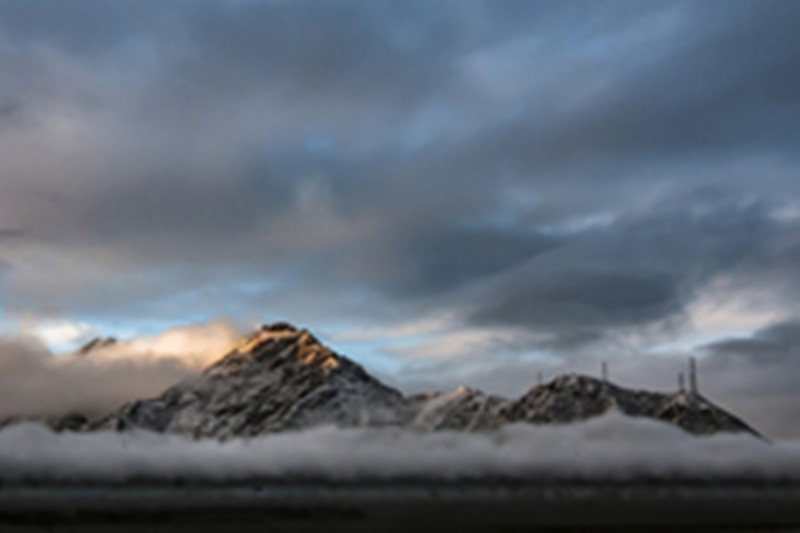 There is no road as unique as the one connecting southwest China’s Sichuan Province and the Tibet Autonomous Region in the history of the country, even the world.

In 1950, about 110,000 people were summoned to build the road, with high morale but crude equipment. Over 4,000 had sacrificed their lives when the road was completed in 1954, ending the history of no modern highways in Tibet.

The Sichuan-Tibet highway serves as the artery linking the plateau region and China’s inland areas, significantly alleviating the material shortage of Tibet over the past decades.

THOROUGHFARE INTO A FORBIDDEN ZONE

Due to the extreme plateau climate and frequent natural disasters, the highway is plagued by snowstorms, landslides, avalanches and earthquakes all year around, which is why it is called an “encyclopedia of highway distress.”

Qi Quanliang was a bus driver on the highway for 28 years before he retired in 2017.

When he began working as a driver for the Nyingchi city passenger transport company in the early 1990s, it usually took him an entire day to arrive in Lhasa some 400 km away.

“The roads were either paved by dirt or small stones, which made the bus very bumpy and prone to bursting tires. Sometimes we had to spend the night in the middle of nowhere,” he recalled.

In 2002, a part of the roadbed was damaged by landslides when he was on the way to Chengdu, capital of Sichuan. The passengers had to get off the bus and walk along the damaged road while he drove the bus through a temporary path nearby. When the bus was slowly moving on the path, the road underneath it began to sink, and a rear wheel suddenly had nothing to hold it.

Passengers shouted and asked him to stop the bus. But with years of experience, Qi throttled up the engine immediately and arrived at the other end of the damaged road just before the temporary path collapsed into the river over 100 meters off the cliff.

“I had to smoke almost three packs of cigarettes every day to refresh myself when I was driving,” he said, adding that there were always repair tools and food on the bus, even a pressure cooker in case he had to make meals.

Over the past 65 years, the central and local governments have invested heavily to lift the highway’s traffic capacity and safety. Besides more tunnels and bridges, almost all sections of the highway have been widened and asphalted.

“Only veteran drivers dared to challenge the highway in my time. But today, even a fresh hand is not afraid of it,” Qi said.

As road conditions improve, traffic jams are now common, and most often they are not caused by bad weather or geological hazards. There are simply too many vehicles, cyclists and hikers.

The Sichuan-Tibet region boasts one of the world’s densest cultures and landscapes. Some world-class sceneries, such as the Yarlung Tsangpo Grand Canyon, Midui Glacier and the Namcha Barwa Peak are by the roadside. In 2005, it was chosen as “China’s most beautiful highway” by the Chinese National Geography magazine.

Last year, Nyingchi alone hosted over 3 million self-driving travelers. Family inns, restaurants, shops and tourism services have flourished, generating incomes for Tibetans who have been farmers and herders for generations. Through interactions with tourists, they have become more open and embrace modern life.

Tashigang, located next to the highway, is among Tibet’s first group of villages to have a finger in tourism. Of the 68 households in the village, 54 are running home inns. The village rid itself of poverty in 2016.

Yangzom, 39, is a single mother of two children and the owner of two strawberry greenhouses near Lhasa. Thanks to the smooth highway, those who live on the roof of the world are able to buy fresh and perfect-looking strawberries.

“Compared with highland barley, I earn much more from selling strawberries,” she said, adding that a kilo of strawberries sells for 60 to 80 yuan. She also opens her greenhouse to the public, with the price of self-picked strawberries set at 100 yuan per kilo.

Allowing full play to local specialties, and with special funding from local governments, industrial towns of mushrooms, cherries, traditional Tibetan medicine and tourism towns featuring hot springs, glaciers or trekking have been developed over the past decades.

Sichuan’s Yajiang County is not very well known in China, but its matsutake has made it famous overseas. The business of matsutake is like a race against time — the precious mushroom’s flavor and price fade away with every ticking second.

Yajing has the perfect natural conditions for matsutake but long suffered from traffic bottleneck until the upgrading of the highway.

“Villagers go up the mountains to collect matsutake before dawn and send them to our plant for simple processing in the afternoon. It only takes six hours for the fresh matsutake to reach the airport in Chengdu, from where it is shipped to Beijing, Shanghai and overseas markets such as Japan and the Republic of Korea,” said Li Hu, head of the matsutake park in Yajiang.

Besides the Sichuan-Tibet highway, three other highways starting from Qinghai, Yunnan and Xinjiang have been built and upgraded over the past decades due to the developmental need of Tibet.

An expressway linking Sichuan and Tibet is also underway, with several sections already open to traffic. The Sichuan-Tibet railway, with an investment of 270 billion yuan, is under construction as well.

All the projects would be unthinkable without the Sichuan-Tibet highway.

“The new railway will link Tibet, an important gateway to South Asia, with the developed regions in eastern and central China,” said Li Jian, an associate research fellow at China Tibetology Research Center.

“As the economic tie between Tibet and inland provinces is getting closer, the increasingly modernized plateau region is poised to embrace the world,” he said.