Damxung horse racing festival to be held on Aug 8 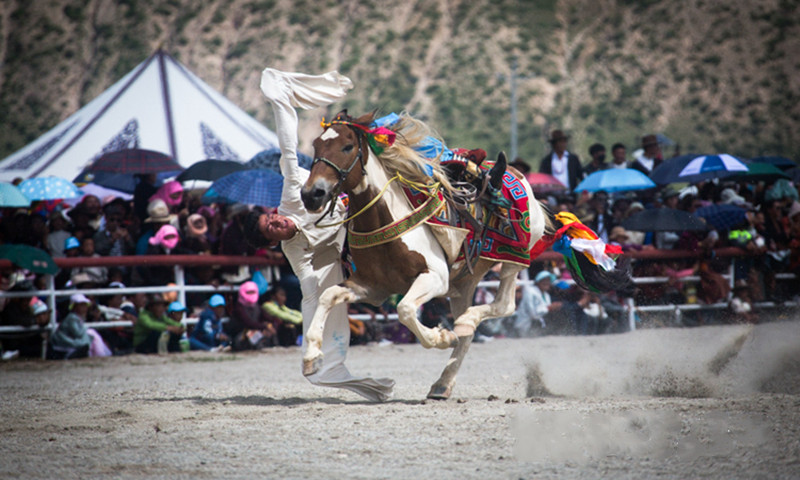 The 2019 Damgyiren Horse Racing Festival will begin on August 8 at the racetrack in Damxung County, southwest China’s Tibet Autonomous Region and will last seven days.

Damxung means the “chosen pasture” in Tibetan. The Damgyiren Horse Racing Festival has had a history of more than 300 years. In the 17th century, the Mongolia Hoshot tribe led by their head Gushri Khan entered Tibet and chose a pasture in northwestern Lhasa to raise their army horses. And they held a military review annually, which is the origin of the horse racing festival.

In 2008, the Damgyiren Horse Racing Festival was added to the national intangible cultural heritage index of China.

“The Damgyiren Horse Racing Festival combines folk culture, athletic competition, tourism, and products exhibition together, it is a folk athletic competition event with ethnic and regional character,” said Palgo, the vice chief of the Publicity Department of Damxung County Committee of the Communist Party of China.