Last 19 impoverished areas in Tibet rise out of poverty 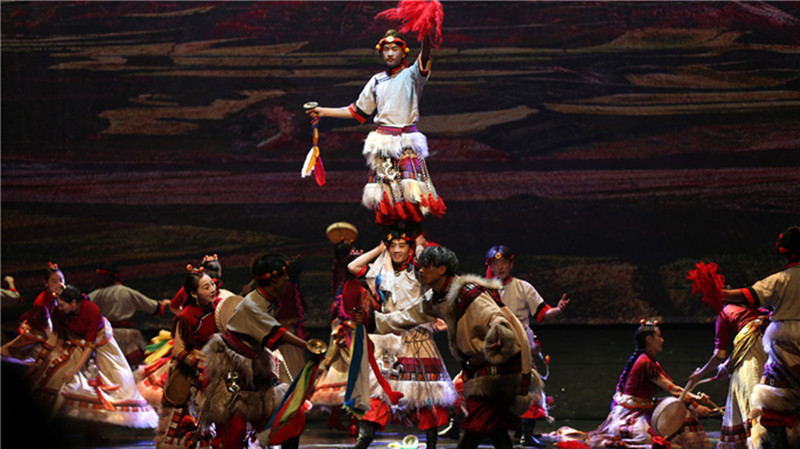 Authorities in the Tibet autonomous region announced on Monday that they have removed the last 19 impoverished areas from the poverty list.

The regional poverty alleviation office said 18 counties in Ngari Prefecture, falling under the citi­es of Xigaze and Qamdo, and one county-level district of Nagchu have passed authorities’ assessments. They now meet a series of delisting requirements, including lowering the comprehensive poverty head count ratio to below 3 percent.

The 19 areas, all in remote, high-altitude locations, were once among the poorest in the region, according to the office.

Tibet has been considered one of China’s main battlefields against poverty for geographical and historical reasons ever since China launched its nationwide drive against poverty in 2016.

The regional government has undertaken targeted poverty relief measures. Before the latest 19 delistings, 55 counties and districts had declared themselves out of poverty between 2016 and 2018. That was the result of efforts by the government and by people themselves, who made an effort to improve their livelihoods. In all, 470,000 benefited.

To date, all 74 poverty-stricken counties and districts in the region have been lifted out of poverty.

Tenzin Trinley, a resident of Shai­tongmon county, one of the final 18, described himself as one of thousands of beneficiaries in the region.

Shaitongmon lies along the northern basin of the Yarlung Zangpo River and about 500 kilometers from Lhasa, the region’s capital.

Trinley, 61, lives in a remote herding village in a harsh environment. The average altitude exceeds 4,000 meters above sea level.

Before 2016, his family of 11 people had to share a single big room as a common bedroom in an aging structure. Under the government’s poverty alleviation program, the family was given a new house in 2018. All family members now have a bedroom of their own.

“It was not convenient for families to share a single room in the past,” he said. “Now we all have our own bedrooms, and share a living room, dining room and storage.”

“My wife and I were given the task of ecological patrols, which brings an annual income of 7,000 yuan ($998). It’s so great. Not only is the environment protected but poverty-stricken people like us also stand to benefit financially using our own hands,” Trinley added.

The extra money came from environmental patrols, subsidies from returning part of this grassland to the government’s ecological preservation project, old-age pensions and selling yaks and sheep.

Before 2016, herding was the family’s sole source of income, and they had only a few sheep and yaks.