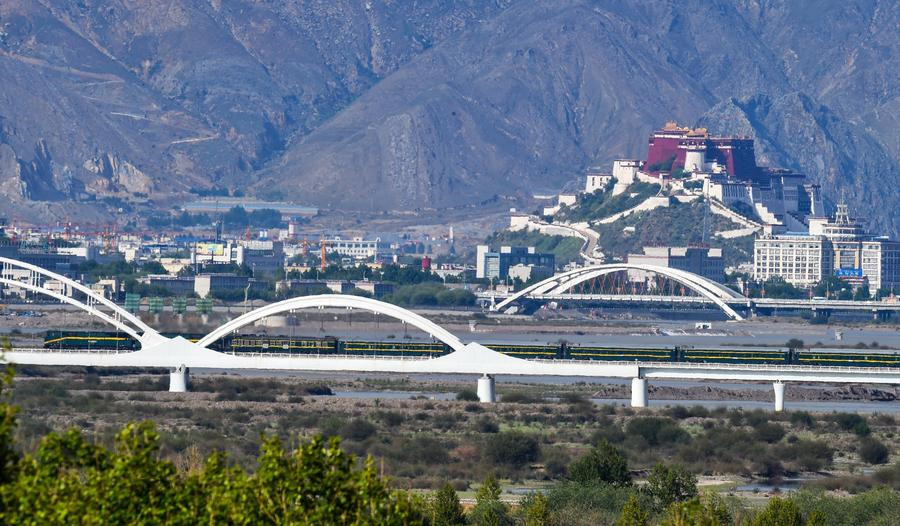 A group of female engine drivers, who will become the first such group on the Qinghai-Tibet Railway, have graduated and begun internships, according to railway authorities.

China Railway Qinghai-Tibet Group Co., Ltd. selected and launched a training program for 24 female drivers at the end of March this year. They were trained at Baoji Railway Technician College in Northwest China’s Shaanxi province over the past three months.

Zhang Mengchen, 30, worked as a ticket seller for around seven years in a train station in Xining, capital of Northwest China’s Qinghai province. She is among the select group of 24.

“To improve our practical skills and professionalism, the company signed a training contract with the college. We have been offered courses on railway transportation, rules and regulations, professional knowledge about locomotive application, as well as psychological and physical training,” Zhang said.

“Now I can finally realize my childhood dream of driving a train,” she added.

Ma Hongtao, an official of the company, said the first 24 female engine drivers are scheduled to finish their internships by the end of September and complete all tests.

They are expected to start to work as assistant drivers on Oct 1.

“We will improve the basic living facilities on the train for the female drivers, and establish personal electronic health records for them to monitor their health,” said Ma.

The Qinghai-Tibet Railway spans 1,956 km from Xining to Lhasa, capital city of Tibet. It went operational in 2006, linking Tibet with the rest of the country. The railway transported more than 16.3 million passengers in 2018.