Samzhubze District which is the second largest city in Tibet is a municipal district of  Shigatse City as well as the religious, political, economic and cultural center of the Tibet Autonomous Region. It was designated as a state historical and cultural city by the State Council.

▪  Mount Everest（珠穆朗玛峰）：Mount Everest(Qomolangma) is the main peak of Himalayas, which is located in the boundary between China and Nepal with its north slope in Qinghai-Tibet Plateau and its south slope in Nepal. In Tibetan language, ‘Qomo’ means nymph and ‘Langma’ means the third because there are four peaks around Mount Everest and it ranked the third. As the highest peak in the world, the height of Mount Everest is 8844.43 meters according to the measurement of China’s state bureau of surveying and mapping.

▪ Sakya Monastery（萨迦寺）：It  is located at the foot of Benbo Mountain（本波山）, Sagya County（萨迦县）, Tibetan Autonomous Region of. It is a Tibetan Buddhist monastery and the main temple of Sakya sect.

▪ Paso Monastery（帕索寺）：Located in Paso Village, Samzhubze District, Shigatse City Paso Monastery which is known as the birthplace of the fourth Panchen Lama is listed as the key cultural relic’s protection units of Paso Autonomous Region.

▪ Shalu Monastery（夏鲁寺）：Shalu Monastery which is located southeast of Samzhubze District, is one of the larger Buddhist temples in Tibet, and is also the ancestral temple of the Tibetan Buddhism, Shalu sect.

Other Destinations in Samzhubzê District

There are many amazing and imposing attractions in Samzhubze District. Here we list most of the main attractions in Samzhubze District for visitors to have a better and more wonderful trip. ▪  Mount Everest（珠穆朗玛峰）：Mount Everest (Qomolangma) is the main peak of Himalayas, which is located in the boundary between China and Nepal with its north slope in Qinghai-Tibet Plateau and its south slope in Nepal. In Tibetan language, 'Qomo' means nymph and 'Langma' means the third because there are four peaks around [...] 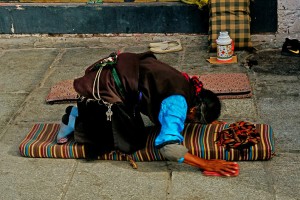 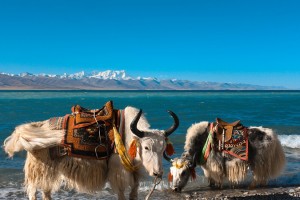 There are roughly three regional climates in Samzhubze. The area north of the Himalayas and south of Tanggula Mountain is a semi-arid monsoon climate of the plateau temperate zone. The north of Gangdise Mountains and Tanggula Mountain is a semi-arid and arid climate of the plateau subarctic monsoon zone, and the south of the main ridge of the Himalayas is the temperate monsoon semi-humid climate. The main climate features: thin air, low air pressure and low oxygen content; the solar radiation [...]

The people living in Samzhubze District（桑珠孜区） will be in the four important festival one year: the New Year's day, the Spring Festival of the lunar calendar, the Tibetan year of Tibetan and the Tibetan year of Tsang（后藏）. The farmers living in the valley of Nianchu（年楚河谷） , are unable to observe a festival because of the time during the Tibetan New Year is just for their spring sowing, so they advance one month to celebrate their New Year, commonly known as the Tibetan [...]