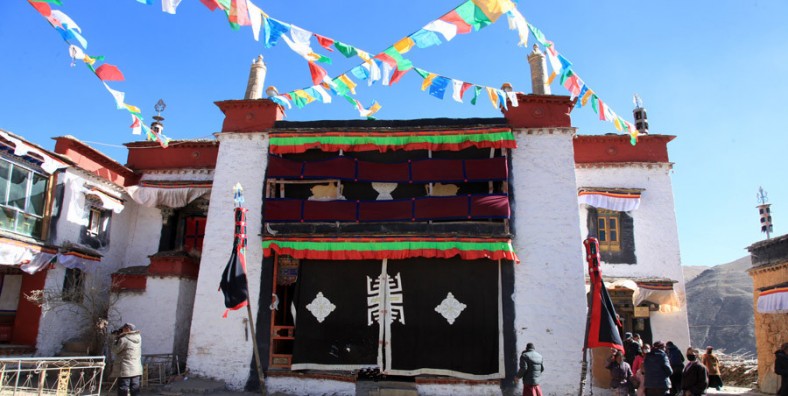 History and Development of Langzhen Temple

The temple is built on the south-east of the village on the river, which is East and south of the river. Really stuffy in the temple, drinking is an important period for the Cameron temple area, was caught in the second half of the thirteenth Century to the early fourteenth Century. Kagyu fourth milk will Dorje (1340~1383) had served as the abbot. In seventeenth Century the fifth o (Awang Luo Sangjia), the change in the original grove. From the ancient temple is Dan Yeshe when Ren khen, monk 60~70, and the three major monasteries in Lhasa (referring to the Drepung Monastery, salad temple, Ganden monastery) closely, is the heyday. The ancient grass Dan Yeshe died, the temple of E ring. In late nineteenth Century, the abbot from the dense place (now Changdu Kang sub area) as the Gedaji, followed by a reincarnation of Avanrosanchez Gio Jan Xan, Kelsang choephel heritage, after the return of the La garita King (west history independent local ginseng cut its ancestors for the royal family’s loose leaf fan system of governance, become La Gary Wang) the jurisdiction of the nine temple in the last seat to his temple.

Langzhen temple, covering an area of about 1500 square meters. The main construction including doukan hall, God (Kang), with Limited (sengshe) and real map etc.. Its construction is divided into two periods: the early period of construction began in the Kagyu, located in the West Hall doukan, only ruins; the building in the late mother tendon is the V C period, the existing community hall, West Hall, doukan Gong Kang, Dan Yeshe era, after several repairs.