The Best Time to Visit Ngari

The best time to visit Ngari is from May to October, when the summer sun melts the snow and roads and highways are free to pass. Look at red leaves in autumn and wild flower carpets in spring.

Ngari region is located in the northern Qinghai-Tibet plateau-the core of Qiangtang plateau. It is one of the regions with the lowest population density in the world and has unique plateau natural features. The Himalayas, the Gangdise Mountains and other mountains are in Ngari, so they are called “the ancestors of all mountains”.

Due to its high altitude, cold and dry climate, Ngari  region has relatively little rainfall and large temperature difference between day and night. Ngari ‘s winter is long and cold. 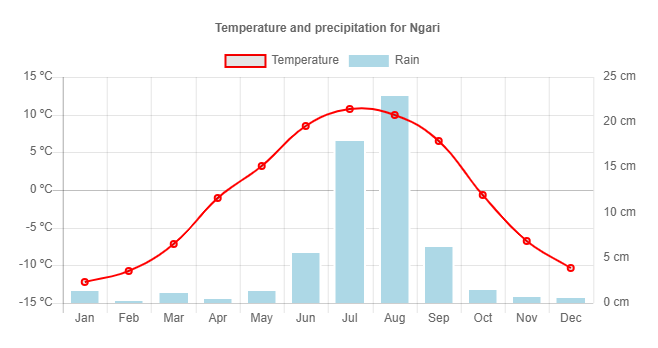 Ngari in March and April is in early spring, with low temperature and  ice along the way when you travel. there will be rain and snow on the mountain. the temperature will start to rise after May, and the feeling of early summer will be felt after the middle of may.It is not recommended to travel here during this period of time, because the temperature difference between day and night is too large, and it is easy to get sick. moreover, the temperature is still relatively low at this time. the ice and snow in many places have not melted completely, and many scenic spots and roads have not been opened yet.

Average temperature: 0℃ ~ 22℃, hot during the day and cold at night

June to August is the peak period of Ngari tourism. at this time,  Ngari has pleasant temperature, abundant sunshine, but abundant rain, and is prone to landslides, mudslides and other disasters. if there is heavy rain and other weather, you must not choose to take risks. Life comes first when you go out.This period of time is very suitable for traveling here.

During September to October, the temperature on Ngari is also very mild, while the amount of rain decreased and travel was safer. After entering late October, the winter on Ngari will come gradually. It will be very cold to travel to Ngari at this time.

Most areas of Ngari in winter are covered with ice and snow, the temperature is very low, and many mountain roads are blocked due to snow and ice. For inexperienced people, it is not recommended to travel to Ngari in winter.

Due to its high altitude and cold climate, the best time to go to Ali is from may to September every year. After September, snow will fall in Ali area. Personally, I think June and September are the best two months, because one is before the rainy season and the other is after the rainy season.

No matter what month you go to Ali, down jacket is a must-have because of high altitude, low temperature and large temperature difference between morning and evening. In addition, waterproof charge clothes and shoes are also necessary. In addition, prepare some commonly used drugs, because Ali’s medical conditions are too poor.